The club started 30th June 1992 in conjunction with the Queanbeyan Kennel Club, the Queanbeyan City Council and the Queanbeyan branch of the RSPCA. Mr Paul Oats called a meeting of which he proposed the starting of a club dedicated to teach obedience and other dog activities. With 25 people in attendance it was unanimously voted to form the club. 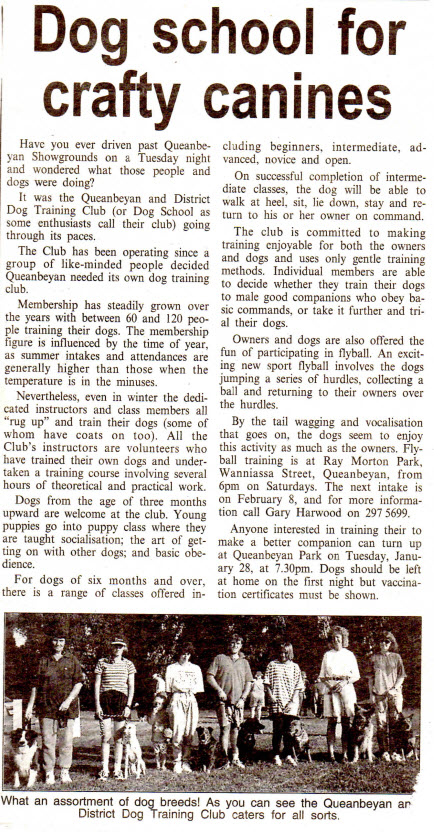